ANALYSIS
Despite the correction, the stock market outlook remains in an uptrend because no 2 signals have switched.

The S&P500 ($SPX) gapped down last Monday,  breaking through the 50-day moving average and the price channel pattern.  But by week’s end, most of that damage was undone, with the index closing back above the 50-day.

The ADX signal remains bearish, as does the signal.

The price and volume signal switches to an uptrend to start the week.  The index retook the 50-day moving average, and distribution days are low at the moment.

Going off of Monday’s Elliott Wave update, it’s possible that:

COMMENTARY
All told, the S&P500 corrected ~5% from the early September high point.  Unless you’re 100% invested in the index, I’d bet your holdings moved a bit more than that…doubly so if you’re holding small cap stocks or anything in the emerging markets.  Outside of the S&P500, many equities took the summer off and have been correcting for the past couple of months.

Let’s not forget that we still have October’s volatility to “enjoy”, and there are still wild cards out there, such as raising the U.S. debt ceiling to avoid default, funding for the U.S. Government, and any real estate related issues coming out of China.

Failure to raise the debt ceiling would have the largest impact on your holdings, but is also the least likely to occur.  That doesn’t mean we can’t or won’t see volatility as politicians posture for the media.

Regardless of the narrative, last week served as another reminder of how quickly prices can move in today’s financial markets. Given the record levels of margin currently being used for trading and investing, this kind of volatility is to be expected. 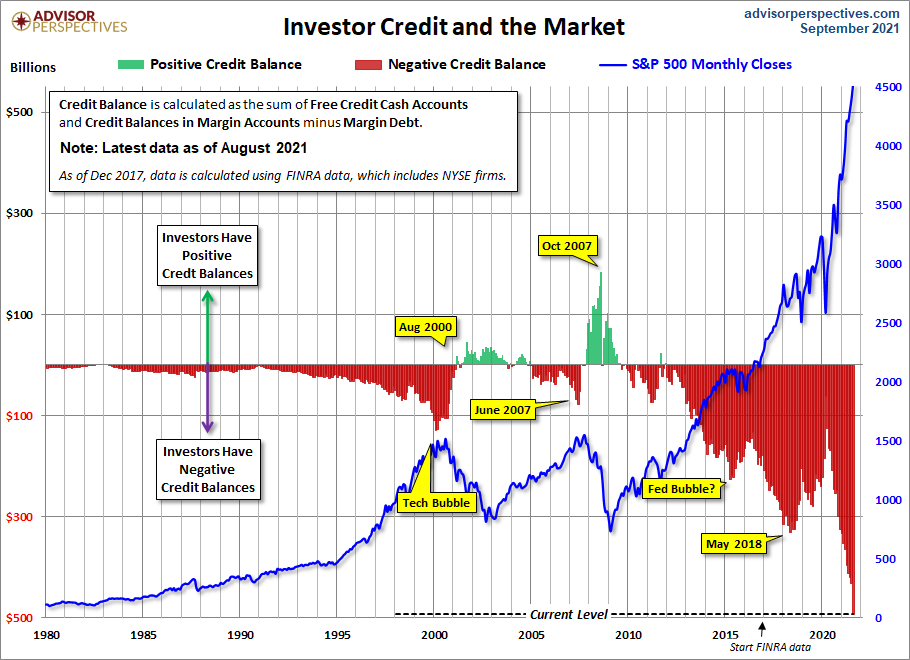 Margin debt will also amplify the speed and size of the next bear market, whenever it comes;  bad news for those that are caught unaware, but great news for those with cash to invest (see the kind of bargains there were back int March 2020!).

Make your plunge protection plans now, while the markets are relatively calm, and you can profit when there’s “blood in the streets” so to speak.